You know well the brand's universe: Its philosophy is be different and go through those who think differently. But unlike other companies with the same statement, some practice it to the limit, and this is the case (not unique though) of Apple. Is that anti-branding?

Neither he has done things no one in his day, but they passed on Apple:

In the background the anti-branding is branding strategy

Are you thinking what I? Of course, yes, anti-branding It is a great strategy Branding. In fact, Maltese thinker Edward de Bono and he considered review of assumptions and turn to things as fundamental axes creative process.

Apple, of course, It is not the only brand that tries to turn the tables. In an excellent article HBR I read about business transformation from a post AdQualis, It is talking about Google (now Alphabet) and passing the network to smart cars. O Amazon and retail path to cloud computing. O Netflix and step selling DVD by mail platforms lead streaming movies and series.

But despite giving reason to Scott D. Anthony, author of the HBR, I still think that there is something inherent in the strategy of Apple. They do the opposite of others as a strategy, They do as company vision, The purpose. Remember the excellent TED Simon Sinek and his Cercle Golden. His ideal is make the world a better place in which to live, and that requires putting in crisis all that is upgradeable; that is, ALL.

Are there anti-branding models people?

Of course: which risk creating new things and are not going to tow what others do, those who risk their lives to improve the political status of their environments, which, friends like apple, They seek to make the world a better place to live. those who, in, they have and purpose and go after him.

And when I speak of anti-branding I do not mean the movement that emerged following the publication of the bestseller "No logo" from Naomi Klein I do not even mean the movements that have made some major global brands to appear local.

Isn't it?, with anti-branding I mean Branding rethink Manual and go to your ball, without trailer. I mean Crearte your own rules Branding and, very important, not consider them as a Bible but to understand that everything changes, and also Branding.

If Apple rejects social networks it is because it allows you to concentrate on other communication formats and the drive shaft of your business: innovation and constantly rethink their business model. Many companies do not put in crisis model until they go wrong. Apple does when things go well.

Anyway, I still see people behind trademarks and brands behind people. Apple will partner for a long time Jobs, Wayne y Wozniak, its founders, Just as it is hard to see without Jeff Bezos Amazon or Virgin without Richard Branson.

And if I had to reach some kind of conclusion of all this it is that brands need the human component to survive, to connect, to reach. The anti-branding include, why not say, why many companies disown: yes, personal Branding. If they not humanize brands may not be accepted by markets. The way is not important: It is not relevant if they do through advertisements on TV, social networking or joint campaigns with NGOs: the key is to connect people with people, the key is that the conversation takes place marks from people, not from newsletters or mass actions of e-mail marketing. When you go to an Apple store, in the first thing you still is not on the machines there, or tables, or linear, or the Genius Bar: you look at a small army of people with a blue shirt who speak your language and will accompany you from start to finish in your purchasing decision, They even charge themselves and send you an invoice by email. Apple is not in social networks, Branding policy but staff are the best in the world: How would William Arruda, “Your people are your Brand”.

What you want to do the reverse? Hazlo, but your team has. To this I prefer to call it "Human Branding”, a version of the anti-branding for the moment it seems that few companies are willing to apply but soon overcome the fear of change and put hands to work. We will be there. 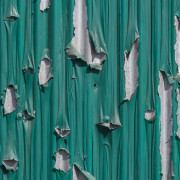 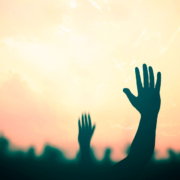 Can we promote a culture of human connection in the era of machines? 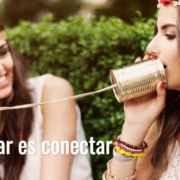 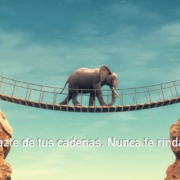 Churchill and the Elephant rope: Never give up #Storytelling 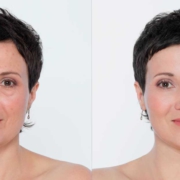 Personal branding is like plastic surgery: not explained, noticeable 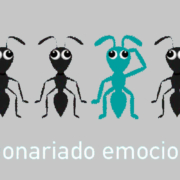 What happens when the ECO is left without resonance?