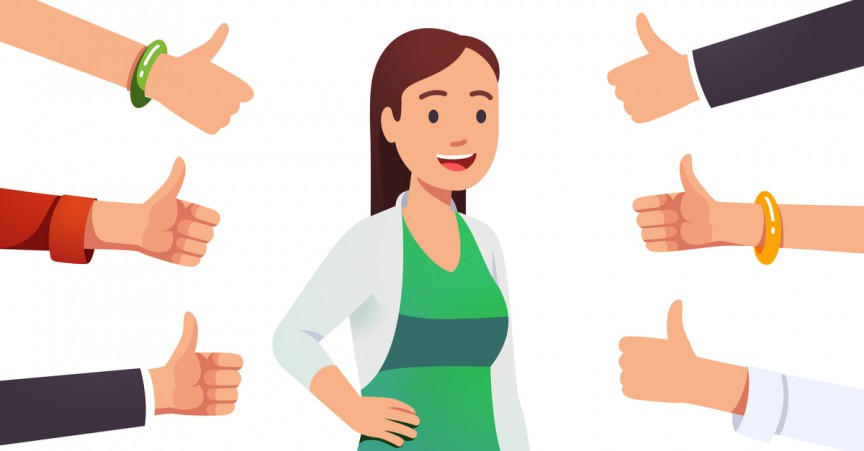 Some time ago I participated in an article of Alicia Pomares together with my colleagues Jordi Collell And Colia Hil Entitled From fireflies to gleaming stars. It was not inherently about social conformity, but it does on the so-called "Solomon Asch syndrome" a pathology derived from the Asch Experiment. Such pathology could be summed up as the fear of difference.

Today I address the main reason for the Asch's experiment, The social conformity.

What is social compliance?

In a simple definition, The social conformity it's about individuals in a social group who change their behavior, opinions and attitudes to fit the group's opinions.

Often, and unconsciously, "relax" our criterion for not swimming against the current and avoiding potential conflicts. And that doesn't seem to be something that happens occasionally, but it seems to be installed in an area close to everyday.

"It could be talked about in accordance by commission (act on the line where the group presses), and by default (not acting in a certain way because the group doesn't approve). So, it is more appropriate to use the concept of congruence with the group, instead of movement".

Asch conducted a set of experiments related to visual identification tasks. The proposed task was frankly simple: subjects had to indicate which of the three lines on a cardboard was equal in size as the one on model on another cardboard.

This task was done in groups of up to 9 People, and all, except for one (experimental subject and at the same time 'naive subject'), were accomplices of the experimenter. The accomplices were instructed to respond correctly in the first two trials and respond incorrectly and unanimously in the remaining (in the twelve critical essays), who were interspersed by four other essays in which the accomplices answered correctly. The subjects were to express their judgments in public in the order in which they were sitting. The position of the experimental subject, placed in the penultimate position, allowed him to know the views of most of the members of the group before giving his answer.

This video shows the sequence:

The results were surprising, even for Asch himself. Although the task was simple social conformity occurred, so that the experimental subjects gave incorrect answers in a third (36,8 By 100) critical essays, what was practically never the case if they did the task alone (control group) And, therefore, without knowing the opinions of others.

Most of the subjects pointed out that they had let therself go because they felt that most were right, and that they were wrong because they hadn't understood the instructions well or that their visual acuity wasn't good.

Only one of those who followed the judgment of the majority believed that the answers were correct.

A small number were aware that the answers were incorrect, but they responded by following most of them so they wouldn't find themselves alone or show different.

As my teacher says, the social psychologist Dr. Ricard Faura, "In the social conformity it's not just shame what people manifest, it is a profound doubt of one's own judgment in the face of collective consensus".

We are content not to publicly show the difference. This is the fact. From a personal brand perspective, not showing the difference makes us automata sheep. But let's watch to be different without more...

I appeal to the relevant difference. When we work value proposition staff always ask ourselves why they should choose us? And the answer 1 it's because we can solve a problem or meet a need. And the two is because we do it in a different way. One and the other answers complement each other, they need.

Although the news came several months ago, I inform you that I have the honor of being a personal brand consultant and partner of Integra Personal Branding, the most important personal branding agency in Mexico and Latin America.

We have already collaborated together with Nancy Vazquez And Alan Urbina, founding partners, a while ago, and now part of my job will be to help develop in Mexico and LATAM the area of corporate personal branding (Executive Branding, Personal Branding for Employee Advocacy teams and programs).

Our next collaboration is in the Dominican Republic of the 29/5 To 9/6. We will run various workshops of Personal Branding And Employee Advocacy for the Banco Popular And RE/MAX. We also give two open lectures on storytelling and social selling, within the framework of the #BrandingWeekRD, all coordinated by Quifer Consultants (+ anabel@quiferconsultores.com).