Ten years of not being able to suppress my thoughts, my ideas. Ten years incontinence. The principle is undressing. Then you realize that striptease Mental is not negative if you have your audience and, above all, if it adds value.

You are right, this month ten years of this blog are met

It was spring 2007. I reached an agreement with John Paul Tréguer in Paris to represent his successful agency TVLowCost in Spain. The idea was good: packetize advertising campaigns on national TV at affordable price (250.000€) and including research, 6 Ad scripts, shooting 3 or 4 Ad versions from 7 and 10 TV campaign seconds approx. 250 GRPs (some 250 audience points summed crude).

The way to reach customers devised by Jean-Paul was (And it is) buy email lists (permission marketing) to send a monthly newsletter, and, more important, manage a blog. What is a blog? At that time I had no idea, for me it was a web blog but staff. But I was wrong, He did not need to be personal and present its dynamism and, It was not a web use.

In April 2007 He had already created two blogs, TVLowCost that of Spain and another for a political candidate. And in December, does 10 years old , I opened my own. Then the URL was www.lateralconsulting.wordpress.com. My own company was called so, Lateral Consulting, and it was not until 2010 that I changed the name to the current guillemrecolons.com.

If I dared to open my own blog was because I was already familiar with the content creation and publishing platforms Blogspot and WordPress (I unify finally WordPress, there is no comparison). By that time hardly existed SEO, It was mainly to create a tag cloud for visitors to blog could find content more easily.

The 12 from December 2007 I published the first post Marketing lateral. The pleasure of rereading Kotler, a review of a book that struck me as much as “the Bible” Lateral thinking, the great thinker Maltese Edward de Bono.

Rereading some of those early posts judiciously today, we would say they were content very simple, anti SEO (very brief post), but with ideas and insights a certain value. And always in personal tone. Who writes a blog as a press release company always boring.

It is true that a blog is an "accelerator" personal brand. I explain: what previously he was on the mark in private circles (job, friends, family) extends to the blog your circle of influence humanity connected. Big responsibility.

Besides going to expand that circle of influence, since 2007 I started working without being aware of it yet- personal branding consulting. My first customers: political leaders, artists, managers and entrepreneurs. I called him "personal communication consulting".

A few months later, my friend Linda Reichard said -mirándome with serious rictus- what you are doing is called personal branding.

From that moment I began to realize that there was a strategic process (then something primal) to manage personal branding people, Personal branding. I started to read the first manifesto of personal branding, article Tom Peters “The Brand Called YOU“. My friend recommended me to read Dan Schawbel, and William Arruda. Excellent excellent books and blogs. In addition, I discovered Neus Arques with his And you, what brand you are? (Alienta 2007) very oriented to personal reputation. Shortly after I read Personal brand of Andrés Pérez Ortega (Basic, 2008).

Later, I started with other authors such as Brenda Bence (How you are like shampoo), Catherine Kaputa (You are a brand), Hubert Rampersad (Be the CEO of your life), …

Although most texts are very much focused on the need to differentiate, as advertising it was clear that this was VALUE. He remembers that in “Brand = unique value proposition). I also clear that a simple method was needed to manage it, based on three key phases: self-knowledge, personal strategy and visibility; later, to inaugurate Soymimarca, I baptized him as “Iceberg method Personal Brand“.

The first post is just 150 words (was little SEO), called “The impact of the web 2.0 in the Personal Branding“. Thereafter there 300 articles under the category Personal Branding, which eventually it drifted to personal branding applications in organizations. If I add that the 400 written in the blog Soymimarca and I add external collaborations, I'm near 1.000 articles.

I started “audit” the web in February 2012, so maybe I forget some relevant content on the road. The 10 most read, according to Google Analytics, high to low are:

With what I most enjoyed

Los rankings son los rankings, but along the way are some items that may have the greatest influence among my clients.

This does not end here

I threaten: I intend to continue writing. I wish the thing for another ten years. If this has lasted 10 years I owe it to you, the readers. Thanks with all my heart. Everything leaves a brand, recargáis energy and you mine. 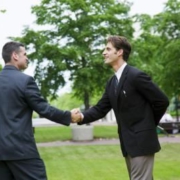 Mistakes to Avoid When presented 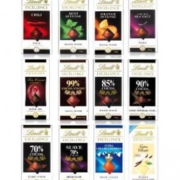 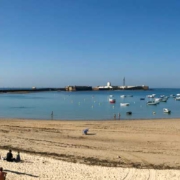 Networking 04 / Let us be generous with information

Personal Branding is not about you, It's about adding value to your customers

It's not about the number of contacts, This is how we interact with them
14 replies

What would have changed if you had not participated?

Working as part of living; that of “work to live” he has...
Scroll to top