Three protagonists: Felix Baumgartner, Red Bull Stratos and the Challenge to Gravity. Together they got with the jump into the void Baumgartner's highest audience ever to win an ad. Not even “1984” Apple got that level of impact.

Indeed,, Baumgartner's leap it was real, as real was the huge investment in the ship and the preparations for the jump. The ground control team was worthy of launching a space rocket, and the next day there was no newspaper cover that wouldn't talk about the jump.

Red Bull's advertising had been around the world for years with the “gives you wings“, so we could say that the jump event was the perfect culmination of the campaign. A company that invests 25% your marketing turnover is a company that risks… and in this case wins.

If I had to frame the jump in some communication discipline, I dare say that Red Bull has built the best story ever. Remember the permanent tension of all hours and minutes leading up to the jump, an impeccable script. The sweat of ground controllers. The thousands of radio and TV commentators who ventured the worst for Baumgartner. Risk, intrigue, control (or out of control) of the times. Preparing all the equipment in the desert in which he fell. Impressive. Attraction marketing in its purest form.

Red Bull used its own facebook channels, Youtube, Twitter… to broadcast the event. Pure innovation. Another would have arranged an exclusive with some TV channel, some diary or magazine. Red Bull didn't want to share prominence, you played too much.

Has the publicity died?

The question I ask myself as an advertisement and as a victim of the indiscriminate bombardment of low-quality ads is has the publicity died?

Surely in its current stage yes. Advertising to disrupt our lives with something we don't want is disappearing. People are rebelling against the announcement of 20″ that interrupts us a movie. We prefer to record it, rent it or watch it for $2 in high definition through Apple TV. We're tired of passing pages and pages of newspapers full of ads on Sundays. We turned off the radio or change the station when entering advertising. Why? For a number of reasons:

The truth is that excessive advertising in classic media is changing media consumption patterns.

I sincerely think that the present - and probably the future- it's in branding, the great umbrella of commercial communication. I understand branding as a comprehensive process of creating value around a brand, whether corporate, social or personal. I'm trying to explain myself with this chart: 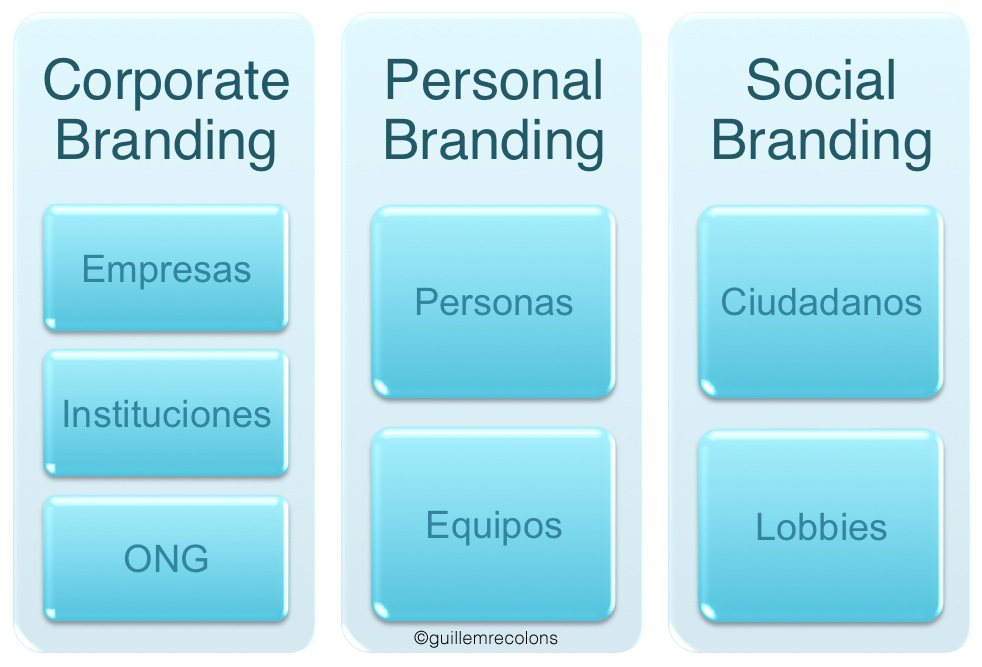 What's so good about branding?

It's a complete process around the brand.

How a branding strategy would ideally be designed

From the heart out. From the vision (why) up to the mission (What) going through the differential values (how). It's very difficult to start from what, you have to start the process with why. Luther King dreamed of an America without racism (Vision), and that's why his message went deep. He didn't just denounce white people., it wouldn't have helped him.. Instead, created collective awareness, a gigantic social branding action. Something made Mahatma Gandhi. And so did they. Steve Jobs, who dreamed of making things easier for people or Bill Gates, who dreamed of 1975 that each house could house a computer.

In the commercial field, Red Bull's vision or dream has been for people to fly (and he's done it, go if you've done it). The vision of Bmw -in Spain- is to awaken the pleasure of driving. It's not about selling soft drinks or cars, it's about creating sensations and emotions, to reach people's hearts, of the attract by passion, not for repetition. The desired response to a well-raised branding action is not “this brand has convinced me”, Is “this brand speaks my language, understands me, Tune”.

What will happen to advertising agencies?

Many have understood the change and are offering - even without specifying it- branding processes. The others fear that they will eventually disappear or become specialists in the service of branding companies. If you're just selling ads you don't want to see beyond, they'll be ad agencies, little else. Recently, talking to a good friend, came up the idea of calling “commercial communication” to the whole set of processes I've described before. But I think he's lame., a higher concept is missing, the brand is missing. And brand is everything: Companies, Institutions, People, groups of citizens. Everything leaves a mark. That's why the word Branding (originally set the reses on fire with a distinctive symbol) fills so much, it's a binder axis.

And what about advertising professionals

In my view there is an excessive specialization around the advertising profession; there are few advertisements left “Holistic” and art directors abound, Editors, planners, account directors, media specialists… The truth is that advertisers don't want to see a team of 5 people at a meeting. They want to talk to one., with which you can talk about everything with knowledge of cause. That story that repeats itself in meetings of “I'll check with the editor” bores the most painted. We have to solve, Advise, Wet.

If we add to this that few advertising professionals understand too much of promotions, street marketing, events, we find that advertisers are required to hire 10 agencies to solve the management of the same brand: advertising, the media, social media, promotions, CSR's, that of….

So, I dare venture that the comprehensive branding professional will prevail, will be the guardian angel of company communication, Institutions, Professional… No, there is still no university degree in branding. Branding experts have gained their experience working in many places and with a very open mind. It will be a more creative profile than management, I don't doubt that., but you'll have to share your right side of the brain with some analytical ability. An SUV, A Brander.

Although there are no studies yet to be "Brander", I allow myself to recommend some readings to understand the phenomenon of branding

5 thoughts on "The most-watched ad in history is not an ad. Goodbye, Advertising.”