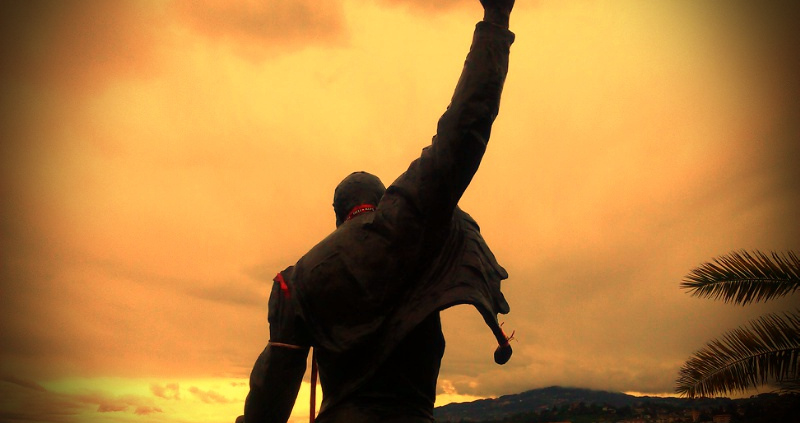 There is a saying: "Genius and figure, to the grave ". All people with a Personal brand consistently lead internalized during all his life, and a good example would be Freddie Mercury, the unique singer of the rock band Queen.
“The Show Must Go On” It can be considered the musical testament Freddie Mercury, and history of recording, the best example to illustrate the consistency and consequence of their Personal Brand.

Brian May and Mercury himself had composed the letter: a poignant storytelling of the last days of the great singer, acceptance of impending doom and positive attitude against it. The demo version of the song was recorded in the demo with the voice of falsetto May, because of high records necessary to execute it as it had been made.

When communicating doubt Freddie, he reached for a bottle of vodka which gave a good drink and, approaching the microphone, he answered:

Freddie Mercury singing the subject in one shot without greater problems, reaching its highest registers and astound the audience. Brian May, and not a few admirers of Queen, consider this issue as one of the interpretations a bit bright the great singer.

Due to physical deterioration of Mercury, it was decided to mount a video in which material is compiled from the last ten years the group. Six weeks after the release of the topic, Freddie Mercury was losing the battle against AIDS. Since then, Your personal brand and its legend continues to grow.

¡God Save The Queen!

About me Celestino Martinez

As a consultant working with brands and retail distribution companies and in his role as trainer collaborates with numerous universities, business schools and institutions. It is also required as a lecturer and master of ceremonies for both professional events as companies working with the retail sector.

His personal blog won the Gold Award for Best Marketing Blog 2012. He also writes professional marketing and retail publications in Spain and Latin America and has authored several books.

You are not what you promise, if not you show

Deshaucios: the big banks lose your opportunity to improve your brand
Scroll to top