And we have been denouncing for some time that "the free"It is killing many professionals. The truth, To be honest, It is not always kill, sometimes, when you start, You have to sting a lot of stone to be a recognized professional, and I will not deny that I have given more than one conference without charging -a change exhibition-.

It is clear, if you want exposure must be willing to give up compensation, but not as a rule, but exceptionally.

I will tell you a very special case of a company that hired my services to help in a case of naming for a wine cellar online. I outsourced a design agency, and raised me to organize a brainstorming for client Freixenet. One of the family members was raised to open an online store, so first I picked up the briefing by the agency, and two weeks later, yes, 22 March 2013, It was held on brainstorming, directed by me, at the premises of the agency, but now with the presence of the future owner of the shop online.

My way of putting the brainstorming involves hours of previous work in backoffice, as to eliminate the classic syndrome lasting silence what I do is arrange the room with a projection 100 or 150 images that stimulate creativity, divided into categories. Besides that, I usually go to the meeting with a list of about 50 Name (s, Internet domain already available verified, icebreaker at times of "falling".

Thus, yes, 22 March 2013 we were in a room 5 people design agency, including its director, the end client and myself. The meeting went well, There was no excessive judgments of the words that were coming out (which often complicate brainstorming), and my previous list suit, among many others, the proposal wearewine, we are wine (we came). At the time I commented that expose the .com domain was free, and the comments that emerged seems that this proposal would reach the final.

The trade deal, my pay, I was at the expense of that appeared a name that could be reserved comfortably. I remember that the customer made a comment about wanting to buy a domain-not learned any head-, by which they were asked more than 30,000 €. That is to say, if agency and client decided that there were none of the more than 200 names that appeared in the brainstorming that was exploitable, I did not charge a single euro for my 8 + 2 = 10 work hours, but especially for my creative contributions, much more valuable than hours. Should the client accept a name, I would be paid at the discretion of the agency.

They spent a couple of weeks and I did not hear, so I called the agency, where I was informed that they had not taken any decision for the moment. Come on, The typical Meh. To keep waiting.

They spent four months and I did not hear, but then it occurred to me to check whether there had been any domains names of brainstorming on the Internet. ¡Bingo! precisely 20 July I found that wearewine had been registered, with "who is" private in their endings .com, .net, .I, and .es through Dinahosting. It was clear that it was the agency or the end client. I immediately sent an email to the agency to find out if there were news, since it seemed that the domains had been reserved. The answer was "No news. The customer is still hesitating whether or not open this online store ". At that time I could have claimed my fees, since the proposed domain name for me had reserved. But I had patience and waited. Two more months.

The 19 September 2013 website launched www.wearewine.com , some 6 brainstorming months later. A wine shop online, cavas, champagnes, that any observer will quickly see that all belong to the group Freixenet.

At that time I went to the agency, I recognize it, something wroth. It was clear they had been working with that name, They had created a logo, He designed a web ecommerce ... He hid me all the time. The worst is I kept stalling They are saying they had not understood customer. Bad payer excuses.

I begin to be tired of people taking advantage of professional. So I decided -two years later- denouncing this case in this blog, and not only that, I will also give the names of those responsible:

The free mata. And I do not want to die (still), I'll start my way to reclaim what is right, my fees. Liberto Giménez seems no longer works at Zapping, I do not care, I will direct -of good vibes- Alberto Hevia to. I'm sure this gentleman has paid everything about this website, domains, brand design, Web development…. Only one thing is missing, pay my work and my ideas.

I'll tell you how it ends, but for now here's a tip: tie very well written and how you are going to remunerate. 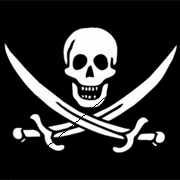 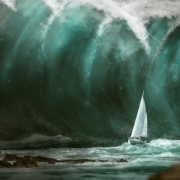 Do you threaten me? fair
1 reply

Reasons for managing your personal brand (WE)
Scroll to top