I welcome you to this blog in this first post of 2020. If last week I tried an extensive post about The best of 2019 in Personal Branding, today it's your turn to the worst of 2019 in Personal Branding. As you'll see in the same post last year, some of the problems affecting personal brand management are maintained: Superficiality, Opportunism, Intrusion, short-termism, Envy, Plagiarism, privacy violation…

Well, the problems detected a year ago, this year I add some new. If you have little time I invite you to watch this one-minute video summary:

This part would give for an entire book. Lack of digital etiquette, what the Dr. Mar Castro Called Netiquette, it's due to two factors:

There are hundreds of problems related to digital bad practices. For not extending myself, I highlight the three I've seen most often this year:

iDiots grow, digital cretins. Their strategy is to follow hundreds massively (Thousands) people on Twitter and Instagram. And all those who return follow-up are no longer followed so that they have many followers and few in a row.

Ever since I dedicated myself to identifying these beings, November 2018, following a post titled Identifying a profile that invades the network, the iDiot the app that warns me of this has identified only on Instagram nothing less than: 864 People, if rest to those who have been blocked by the network itself, would result in some 750 iDiot people, an average of two daily.

The most serious thing is that some have repeated after a while, and I haven't just without following them, I've blocked them. If you are interested to know what application it is and passing have a list of identified iDiots, write to me via contact section and I'll send them to you.

They've become a plague. Your modus operandi is to create a content (often mediocre) and tag you when they share content on networks. That would make sense if we're there out of allusion., but if you don't, it's simple spam.

What they want is for you to just spread the content. At first you fall into the trap and read, until you find out you're not invited to the party., but they want you to announce it in your networks. Then you end up identifying the individual and either you remove your labeling (some networks allow it) or you don't know. If the individual insists on new publications, you can consider letting me know that I don't do it anymore, and if you don't listen, blockade to singing.

Some time ago, the custom was for someone to invite you to be part of their network, and soon or a few days you received an yrgo message full of links and with an unsolicited and unsused offer. The usual thing was to ignore.

Now the thing has been sophisticated, and what I call "connection spam" occurs: a contact request message that already incorporates offer, Links… Let's go, pure spam. In this case it's all easier, it's about not accepting contact (Ignore) and problem solved. If on the first day an individual spams, imagine what awaits you if you don't stop it.

To top off this part of digital bad practices, nothing better than visualizing the TEDx of Eva Collado in Vitoria “How to spot toxic profiles on social media”.

The rise of "offended"

Increase those offended by anything that doesn't fit into your creed. Streets and nets are increasingly filled with "offended" that admit no argument other than yours.

This year I've lost two people I thought I was friends to because they were constantly looking for confrontation, whether for political or religious reasons. And they usually do it from closed positions: you're either with me or you're against me. I consider myself lucky to have friends of all creeds, with an open mind, they may not share but respect. That's friendship, the one that breaks ideological walls.

It is known as negative criticism of disrecognition. It's another bad practice that abounds in real life and multiplies on social media. Since I don't know about a subject, I criticize it before I know how it works. In this, this year we've had quite a few attacks on the personal brand.

Almost everyone came from people who don't understand personal branding (personal brand management) as a strategic process but as a trendy and ephemeral tactic of self-prevention.

I don't blame them either.; networks have been filled with false experts, fake gurus and fake millionaires who promise you the first million if you buy their course online, that in the end just explains how to campaign on Facebook.

I applaud the compendium of articles in defence of the personal brand developed by The Professor Vladimir Estrada at Soymimarca. You can download the ebook that collects them Well, yes, we're brands.

"Finfluencers" or fake influencers and the dictatorship of like 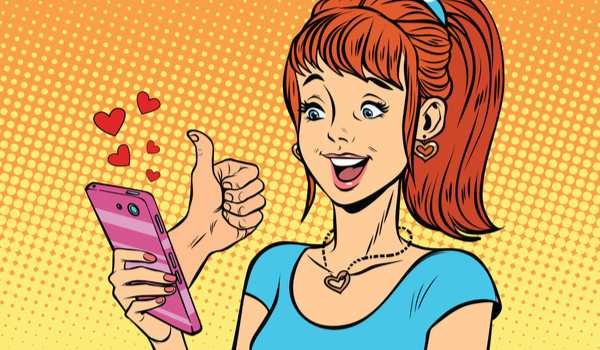 Those people who have achieved large communities in a short time often cause irreparable harm with his message "you can also be someone famous without investing money or time".

Firstly because not always getting those communities has been ethical. Many times iDiot strategies have been used, others have been built by buying followers massively. I know, there's no illegality in it, but it is a lack of ethical sense when then saying "you can too".

With product we compete, branded not (or not so much)

We insist on selling product. Erre que erre. "buy my course, my lecture, my colony, my ...". We need to focus on branding, and I explain why.

The brand includes a very rich field of meanings, Complex, abstract and evocative. Make them fall in love with the brand (Purpose, Mission, Territory, Values) and they'll be interested in your product. People don't buy Apple products because they're rationally better than the competition, we buy them because we like what Apple means, that archetype of The Createdr that seduces us so much. As Friedrich Nietzsche said, “if we have a why we'll find out how”. Happy week!

I could not finish this post without deeply regretting that this 2019 past we lost our colleague and friend Arturo González, Doctor of Communication and Personal Branding. One of the greats of the personal brand, professor at the Tecnológico de Monterrey University Center, northern Mexico.

I met him because my friend and colleague Paul Adam convinced him to attend the first congress Personal Branding Lab Day. And there he was., in Barcelona, that summer of 2015. In November 2018 I had the pleasure of reconnecting with him, this time in Puebla (Mexico), in the Personal Branding Experience PBEX organized by my friends Daniela Viek, Nancy Vazquez And Alan Urbina (Integra Personal Branding).

We took this picture, with Arthur in the center. One of the most humorous people I've ever met, and great communicator and communication expert. He left too soon., but your brand is left.

To get to know him more thoroughly, I recommend reading Vladimir Estrada; Latin American personal brand: after planting and harvesting a large (A collective tribute In Memoriam to Dr.. Arturo González, a great human being and excellent Mexican colleague, gone to time).

2 thoughts on "The worst of 2019 in Personal Branding”