Leo in IPMark yesterday, 29 from January, They were distributed last copies of the free newspaper that published the multinational Metro International Metro. The newspaper was launched in Spain in 2001 and it is published in seven Spanish cities. According to the General Media Study (EGM), Metro reached an audience of 1,8 million readers. Relying solely on advertising is a risk in times of economic crisis.

The current economic situation seems to have influenced the decision to close, despite being one of the national newspapers with more readers, the fifth according to the EGM. Advertising in December and January fell well below the forecasts of the company and no good prospects for the year are presented 2009.

They also continue taking to the streets editions of Alicante, Valencia and Castellon, because they belong to a Valencia company that took the Metro exclusivity in the Levantine region.

In the words of CEO and President of Metro International, Per Mikael Jensen, "Despite the great efforts of the management and employees of Metro in Spain to reverse the situation, we are forced to close our operations in the country. Although Spain Metro has lost less money than its competition in free newspapers, the deterioration of the Spanish economy, During the beginning of 2009 It has led to the collapse of the advertising market, It has led to an unexpected increase in losses. This coupled with strong competition in an increasingly weak market, They have meant that the only viable solution is the closure of the company. At this point, It is not justified to continue investing in Spain, so Metro International will focus its resources on growth areas where we can create long-term value for our shareholders ".

Meanwhile, Martin Alsander, executive vice president of Metro International, thanked the Spanish workforce effort. "Thanks to this excellent group of people we were able to edit every day for years one of the most valued daily in Spain. However, poor economic outlook coupled with the high forecast losses, we are forced to take safeguard oriented global interests of the group Metro International decision”. 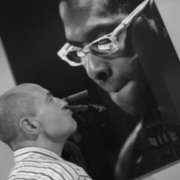 Philips link a product to output Bush White House A new model of value based on a combination of creative ingenuity, new...
Scroll to top