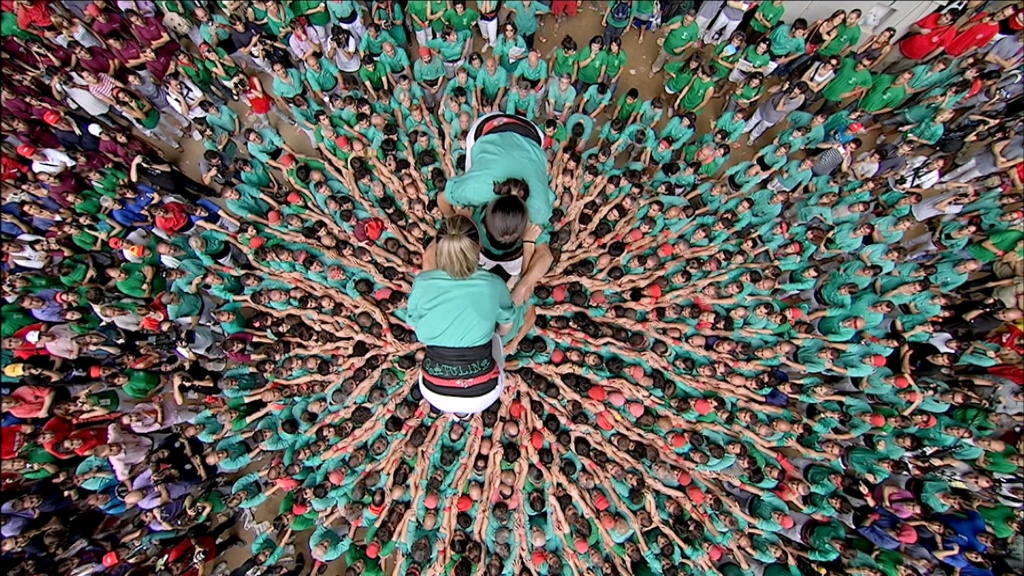 As you know, a few weeks ago, the Unesco designated the castells as the intangible cultural heritage of humanity. We find it a unique occasion to establish a simile with the creation of personal brands.

The Castells are a festive event typical of Catalonia, more than 200 years old. It consists of the lifting of human towers formed by the overlapping of various levels (Between 6 And 10). The castells are erected by groups of men and women of all ages, called collas. The castellers wear a characteristic traditional dress and each colla is distinguished by the color of the shirt worn by its members.

The lifting of each Castell is accompanied by a characteristic music, performed with a wind instrument called a gralla, that sets the pace for construction development. It is common for the audience attending these kinds of exhibitions to voluntarily join the human base on which the castells are raised, made up of dozens of people.

La pinya: The secret of the castells is similar to the secret of the construction of the personal brand: a lot of base, what's called “la pinya”. An important group of castellers, you don't see, form the foundation, the basis for the castell to endure. In the personal brand, that basis would be self-knowledge, analysis of the current situation, detecting skills and competencies. You can dig deep into the base, Reinforce; in the castells this reinforcement is called folre.

The central tronc or column: as they create new levels based on, decreases the weight of castellers, making it easier for each person to hold the weight of other people in balance. In the personal brand the central column is the strategy, the roadmap, what defines with all the nuances where we want to go, deadlines, partial goals.

The pom de dalt: is the most visible part of the castells, the one that emerges with all the force and with an arm lift of l'enxeneta indicates that everything has gone well. It's the metaphor of the top. In personal brand this figure is represented by the tools that make it easier to see the person, articles in newspapers, public talks or debates, style, networking, presence on blogs, on social media…

Don't ever trust whoever is self-denominate “Guru”, who believes that the personal brand is to open an account in Linkedin or anyone who thinks that everything is solved with a blog. The personal brand needs these three phases, just like a castell, And that takes work, dedication and time. Ask a caster how many hours they train before raising a castell: All.

2 thoughts on "Personal brand and castells”