We said last Tuesday that HUMAN MARKETING is a way of doing marketing that does not have 4 "P" but 4 "C": Believe, Trust, Collaborate, Communicate. Today we focus this second part on the first "C": Believe

Of the different definitions of the verb believe that we find in the Rae, We stay with this one: Giving credit to someone. So cold but so real. To give credit is to believe. I believe in you, in your values, And that's why I give you credit, And that's why I hire you, And that's why I choose you. Was Unamuno who went further and said "Believing is creating".

First: Brands that believe in people

Why viral videos succeed? Because people believe less and less in companies and more and more in people. A viral is a video or article or image that is recommended by someone close to us.

Why is the Wom Marketing (Word of mouth or mouth/ear marketing)? Because these are friends who recommend. And a friend will never recommend something you don't like..

Both viral marketing and WOM marketing are strategies that would fit perfectly into the radius of action of HUMAN MARKETING.: It's about a message being emotional and affecting me., not to a collective. If it comes to me through someone close to me, that message has all the strength of the universe..

Then, How should marketing be approached from the perspective of BELIEVING? How can you send a message that moves the border of reason and reaches emotion?? Marketing experience, neuromarketing. Something that already sounds to us but we do not think enough.

Trademarks must understand that we are not consumers, or customers; they must understand that we can be Accomplices of your activity, They have to involve us in their process, make us part of their history. L'Oreal, with "Because you're worth it" (Why you're worth it) created a human marketing mission statement. Perhaps now it needs to be given action.. Some brands already understand but do not know how to put it in value. And they don't realize that it's a matter of values rather than intentions.. 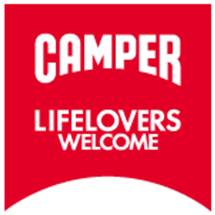 A good example of human marketing based on the idea of believing was the early 2000 "¿You like to drive"? signed by Bmw, and created by SCPF, in which the PRODUCT was not displayed, only the sensation produced by its use was shown. Camper He already spoke years ago of "I like walking". We are talking about marketing that believes in people, He assumes them intelligent and does not hammer them by repeating them 8 Times the mark in an ad. That's believing.

It was also based on believing Apple when in 1983 announced the launch of Macintosh breaking Orwell's prophecy of 1984: He stopped short of showing the product in an advertisement for 1 minute and even more: The ad only aired once on television.. It was at a Superbowl intermission. However, That, "1984", It has been the most viewed ad of all time. Why? Why the media viralized it, Believed.

After: People who believe in people

We all believe in something and someone. It's not about believing in something higher, of faith. We talk about the beliefs that each one of us has and that predispose us to accept things in positive or negative, to filter its ability to affect us according to our parameters. This form of prior judgment predisposes our actions and the credibility we give to others..

By your actions you will be judged. We have to believe in others for who they are, What they do and what they say. Is this marketing? Yes, it is. It's personal marketing, Marketing between people, Pure communication, is relational essence. It's the biggest thing in marketing. You will believe in a brand if you check its promise of value. And you will get to check it only if the brand believes in you.

And people are brands, So in the same way we generate credibility. It seems easy but believe me it is not.. Believe in yourself, begin with. That's human marketing, too.. After the one of the golden rules is to convey the product benefits and that the arguments for doing so are real. It's also ethical.

Concluding, Human marketing is believing. It's believing in yourself and others. Once marketing is generated between people, Brands will stop thinking that with the 3.0 The new market has been understood. Marketing 3.0 represents a product that thinks about people. We go further, that people believe in people. Something that should permeate the social and political marketing from the outset. This is a revolution.

It's a matter of believing.

We will continue next Tuesday with the second "C". Meanwhile we leave you the announcements of BMW and Apple that made history.