Following up on the ideas contained in that article, Today we highlight in this post collaborative findings of two events that have occurred recently and that point in that direction, on the idea of ​​achieving a more human world in the era of machines.

The first is the recognition by the Elon Musk (Tesla) that automation is not always synonymous with effectiveness. This follows from article signed by Xataka Raul Alvarez, Production problems in Tesla are due to excessive automation. Humans are undervalued.

Reading it follows that perhaps Musk's vision of an automated world is not possible without human connection. Similarly to what differentiates a human of a machine is the ability to err, we see that intuition, experience and empathy are still -of time- heritage of us humans.

My personal colleague brander Helena Casas, also a psychologist and photographer, It notes that it is true that we have advanced technology at an incredible rate in recent years. Despite the errors in the production line of Tesla, robotization and automation led to excellence will be a reality in a few years. Experts do not agree just put because of two opposing aspects:

This lack of agreement is precisely the lack of knowledge still has on the functioning of the mind and soul as such. It is not a matter of neurosciences, It is a matter of what appears to be quantum physics. They can not do anything just with the brain of a person ... "the person needed"

Hater, why you wrote that?

The second is a recent talk TED Dylan Brown (not available yet open mode). Marron is addressing a different approach to the problem of hate on the Internet. Your videos as “Sitting in a bath with trans people”, accumulate million hits, but also generate tons of hatred in Internet.The neo-futurist Marron developed a survival mechanism: connect with people who fill the network of hatred and make them a simple question: “Why you wrote that?”

These recordings have been captured in the podcast titled Marron: “Conversations with people who hate me“. As he himself acknowledges, That will not bring peace in the world, but he says he has caused a stream of empathy with his goons. “Empathize with someone with whom I am deeply disagree suddenly does not erase my deeply held beliefs or approve theirs”, warns. “I am simply recognizing the humanity of a person to whom he taught to think in a certain way, someone who thinks so very different from me”. Brown admits in the background we need to lay the foundations of a more human world.

The common bond of the two stories is evident: we need to put mechanisms that allow us to humanize. Humanizing companies (If Tesla and many other). And humanize the relationships that occur in digital environments. I remember an old announcement of the US Army as US soldiers cross threats Afghan soldiers. All wear sunglasses. At the moment they take them, They realize that people are equal, of the same species, and aggression becomes in confidence.

It may seem superficial reduce the idea of ​​a more human world to a concept such as Human Branding (Branding humano). But each brings its grain of sand in the field in which it is competent, and can hence all those who are dedicated to this we share a greater purpose than helping a few people.

Helena Casas He adds that we face what we might call a new era, beyond what we know today as the fourth industrial revolution:

It is the time when happen to be more human.. more people!

Recalling the capacity intellectual and physical development of the Greco-Roman era, touch feed and grow those capabilities that will differentiate us, for a few years, any drill Artificial Intelligence. Everything is governed by patterns, automation and lack of nuance, succumb to robotización.

We are human, we are very different people from each other, to provide the best for this new era we even lead to be able to combine people and machines towards the human race and not its Extermination. A more humane world is possible.

24 April in Barcelona > I give a talk on Personal brand for entrepreneurs in Inceptum Foundation (c / Rector Triadó 31 from Barcelona) of the 19h, free entrance. Sign up here.

9 May in Huelva > Participated in the week # EKHuelva18 “Knowmads space Huelva” sponsored by Cajasol Foundation and organized by the great David Barreda, where I will meet on stage along with David Andres Perez Ortega, Eva Collado Durán, Elena Arnaiz and Adela de la Mora. Free registration (there are few places) here.

2 to 6 July in Barcelona > Course > Brand staff to differentiate yourself and achieve your goals “the Joules” at the University of Barcelona. five mornings, that intervene Mari Carmen Martín Muñoz, Paula Fernández-Ochoa, Francesc Segarra, Emilio Rodriguez and William server Recolons. Entries in this link. 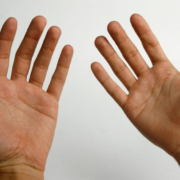 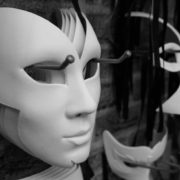 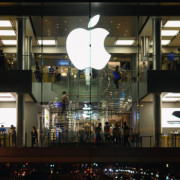 The anti-branding also works... What if we do everything backwards? 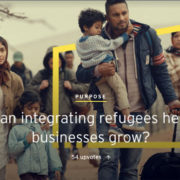 No corporate vision no employer branding worth 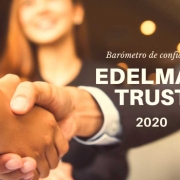 shutterstock Edelman Trust 2020: Trust is built on ethics and competence 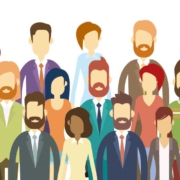 Personal Branding in the company: Applications, pros and cons
0 replies

Personal branding for entrepreneurs, any ideas
Scroll to top