What do you think? Do the PRSS aspects unite us or separate us? And what does that have to do with our personal brand?

If you have little time, I invite you to watch this one-minute video (in Spanish):

PRSS: Politics, religion, Sports and Sex, they all belong to beliefs, affiliations and values

Indeed, political, religion, Sports and Sex (PRSS) belong to our group of beliefs, affiliations and values, for that reason they unite us, and for that reason they separate us. The problem with this is that politics as well as religion and sports as well as the treatment around sex become polarizing (or you're with me or against me) and discrimination factors.

If we add the race SDNP, which is neither belief nor value, we would have the answer to most of the conflicts on our planet.

#Politics "There is only one rule: hunt or be hunted " Frank Underwood in House of Cards

In politics, the centre seems to have disappeared, and the world tends to polarise towards extreme positions. Hunting or being hunted means that there is no place to flee, hide or be a gun maker, only to be an executioner or a victim.

"Healthy" political discussion is giving way to silence or confrontation between equals. On a personal brand note, it's not forbidden to talk about politics, but to ask these questions:

Investing those 10 seconds in the answers to these questions can be the salvation to a disciplined dismissal, to the end of a professional career or even to being expelled from a forum or social network.

With the second SDNP, the problem, in my view, is that many religions are exclusionary, not inclusive. I was educated in the Catholic religion, which for centuries was exclusionary, and now has evolved and respects other beliefs. Unfortunately, there are still many exclusionary religious currents.

Of course, we can speak of religion but with the two premises of the Dalai Lama: #Sports In football everything is complicated by the presence of other team. Jean-Paul Sartre

The first "S" in PRSS cannot be applied to all sports. Fortunately, fairplay prevails in most sports. Golf, tennis, Athletics, motorcycling, skiing, rowing … In others, unfortunately, affiliations can be extreme, especially in Football, basket, baseball and some others.

Extremism is often due to local rivalries. The "derby" between the two major cities pits clubs, but also citizens.

On a personal brand note, it is advisable to act with a certain amount of common sense:

#Sex What a sad time! It is easier to disintegrate an atom than a prejudice . Albert Einstein

The 2nd "S" of PRSS is not a belief, nor affiliation or value. And dealing with sex issues is delicate, because it can discriminate. Social networks are in charge of censoring- sometimes exaggeratedly - the photographs they consider "unseemly".

And the networks themselves can not control certain forms of sex discrimination, referring to groups such as LGTBI (Lesbians, Gays, Bisexuals, Transgender and Intersex). And also the heterosexual collective.

Prejudice is based on issues related to sex, so the personal brand would be about:

A few weeks ago I addressed the subject of social influence with Solomon Asch's experiment on social conformity.

Continuing with the topic, and related to what this post about PRSS is about, I leave you this magnificent video with an experiment by one of the founders of social psychology, Muzaffer Sheriff, called "The Robbers' Cave experiment".

Be very careful about PRDS politics, religion, sports and sex. Especially in print media (and that includes Whatsapp, Messenger, in addition to social networks). Your personal brand is a result of what you do, but also what you say, the way you say it, who you say it to, and also what you keep quiet about.

Is this a good time to subscribe to this blog?

I'm sure you will, as I include the exclusive gift of a free ebook on employee advocacy programs to all subscribers. As the offer is limited, I encourage you to take action. 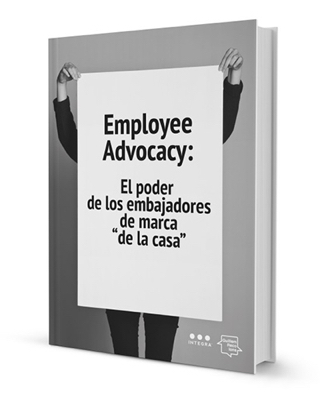 I subscribe to this blog and after confirming the subscription via email I will immediately receive the free download of the ebook "Employee Advocacy: The Power of in-House Brand Ambassadors" (in Spanish).”. 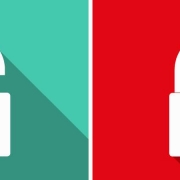 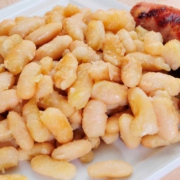 Grandma's recipe is more than a personal brand (storytelling)

17. What was the last time you tried to create something new?

18. Do you use often Google to find answers?

Some advantages of changing Why? for why ...

Your digital identity is not created, it reflects
Scroll to top