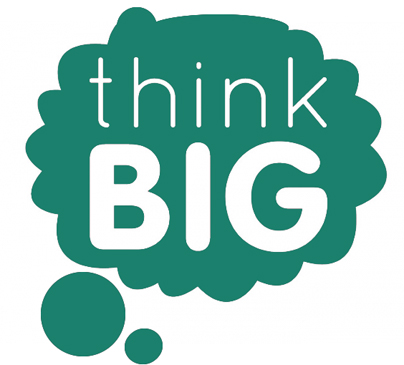 Article published originally on the blog NQSPLS (I don't want to be a Monday sun cover.) directed by Ana Carmen Moruga

I started my career very young. My first payroll, an internship contract as a creative assistant at the advertising agency Time BBDO, is dated January 1979. I had 16 years and studied at night. There I understood that communication environment, creativity, the publicity and all the madness they entail would become my profession, in my passion.

And so it was. Spent 11 years by J. Walter Thompson, then by Bassat & Ogilvy and then saatchi & Saatchi. In total, A 20 years in the international advertising agency's environment, working for big-budget advertisers and global brands. Behind those 20 years I wanted to taste the taste of being part of the shareholding of a company, so I accepted the offer to run the Barcelona agency Altraforma. It was the year 1998 and the experience couldn't get off to a better start.

What happened to my college career?

I didn't give it priority.. To the 18 had finished the COU and I got an excellent grade on the selectivity test. I could choose. And since I already worked in advertising, I decided – wrongly- enroll in Economics. A wrong decision for someone with letters and arts.

Indeed,, I started Economics, But I never finished, I was too bored. I took advantage of the situation to pursue a masters degree in marketing, two years in very productive night session. To the 18, also enter a new advertising agency, and 20 I knew I wouldn't do military service.

Back to the subject, in Altraforma I felt at ease, works with the same intensity or more, weekends, some nights. But he works "for me.". A little piece of the result (if I don't remember a bad 15%) it was mine. In 2000 And 2001 we managed to place the agency in ranking places reserved for very large groups. We were a hottie.. We receive many offers to buy from multinational groups. Circumstances caused none of these offers to be accepted (cracking mistake) and that in 2003 signs of slowdown are seen. I lost a client, some unwelcome dismissal, things that happen in the best families and that are often overcome.

But something happened that would mark my life forever. Unknowingly, I settled in the "comfort zone", in that brain zone that prevents you from seeing the need to change the way you do things. Some adverse circumstance in my family environment may have influenced my mood, but out as it may in September 2004 I reached an exit agreement with the agency's majority partner. Euphemisms on the sidelines, I got fired from the company. Let's be clear, Please. I sold my shares and left in December of that same year, after a Christmas party that became my publicity funeral.

In January, 2005, and thanks to some advertiser who didn't want to get rid of me, I started my own business, Lateral Consulting. The side thing came from Edward de Bono's positive influence and his "Lateral thinking", a book that should read to babies in the crib.

There I discovered that I could work like a donkey and be happy. The pressures were my pressures, nobody set me goals, I wore them by myself. Unknowingly, I devised my own personal branding plan. In 2007 I accepted an offer to manage the TVLowCost business in Spain, a young French agency that broke molds and opened subsidiaries around the world in two years challenging large multinationals with its philosophy. The invention didn't work here., which gave me new parameters to know what not to do, but fortunately my business with Lateral Consulting worked well.

In 2007, from Lateral, I started working on people-oriented strategy and communication projects, professionals. Political, Entrepreneurs, people who had been dismissed... I didn't know yet., but my good friend Linda Reichard one day told me that what I was doing is called "Nice place to stay".

Earlier 2010, hand in hand that would then be my current partner, Jordi Collell, we attended a day in Madrid about personal brand captained by the sherpa Andrés Pérez Ortega, and in October of that same year we openedSOYMIMARCA.

The Col-legi de Publicitaris de Catalunya admitted me as a schoolboy in 1998 and sent me the "Advertising" diploma in 2006, After 30 uninterrupted years of career in advertising.

Can you survive without a college career?

Of course. My keys were these:

1 thought on "Can you make a career without going through college?”