We see a trailer for a movie that seduces us to go see it. Then you see if it meets expectations or disappoint.

In a neighborhood market, one charcutero let us try some cheese and seduces us to buy a piece.

We see a famous sportsman wearing slippers, and we like the idea of ​​having them.

I like to listen "Lucia"Serrat or"special love"Lluis Llach, two works of art. Both they seduce me enough to reproduce them without respite. I'm weird?

Why then seduction is dead in Spanish politics?

Nobody can force you to feel

The situation being experienced by Spain over Catalonia, It is lack of pure seduction. They will be forced to pay taxes, to move to the right, to be punctual at work, but no one can make you feel. Spanish Seas, Argentine or Chinese. The feeling comes from seduction (I like what I propose) and conviction (suits me), but never the obligation.

I do not use ham because it is Andalusian or Extremaduran, I use because I like. The same thing happens with Cabrales cheese, Cantabrian anchovies or a good Ribera de Duero. And I will not give that no matter what I'm weird?

We are witnessing a boxing match in which legality opponents are against the legitimacy. In a fight three rounds, always win the legality, but if it is to 20 assaults the legitimacy has the upper hand.

Clarify concepts, while the law obligating, It generates legitimacy responsibility (the political ethics) and recognition.

To a town, or a good part of it, You not are compelled to feel something that goes against their values. And while some do not understand, the values ​​of many Catalans are different, neither better nor worse, just different.

I am advertising, And when I speak of seduction, I talk about emotions, persuasion. Catalan narrative has managed to seduce half of the Catalans to start a different relationship with Spain. And nothing less than a 80% Catalans is willing to vote to decide between continuity and change. Of course, both options are legitimate.

The Spanish government could have chosen to seduction or disappointment. Not now, a few years ago. Wielding the only argument of legality, the government has forgotten to seduce Where is he Adolfo Suarez and Felipe Gonzalez that first leather jacket that seduced so hard to mostly accept "change"?

It is always easy to blame the law that does not comply. Curiously, the great progress of humanity have come through dialogue, and put forward the legitimacy against legality. This has happened in all revolutions. So slavery was abolished, and women's suffrage was achieved, breaking the Berlin Wall…

I know. In many cases these changes have behaved blood, violence. But in the XXI century there are other ways explorable. They are within our reach.

It is possible that the Catalan case is too late to seduce, contemplable and the only option for the Spanish Government is force. That would be the failure of the legitimacy. La Moncloa can get a Catalonia mollified and resigned to continue as an autonomous region but how long can sustain a nation-state, an idea as outdated and obsolete as the monarchy itself?

President of the Spanish Government can win the current battle against independence. What is clear is that if not active mechanisms of seduction, half the Catalans will not feel Spanish.

Understand that the solution to this happens to have winners and losers is back 300 years old and back to Felipe V which he abolished the Catalan institutions and banned the Catalan language. History shows that nothing helped. This language is more alive than ever, and with her, a culture and particular idiosyncrasies.

We need thinkers with a clear mind and without limiting beliefs to think about how to seduce. And not worth politicians or journalists (since the latter depend on investments in advertising political). If this initiative does not start divorce it is more than accomplished. It's not the end of the world, It is a ratio change, It is the end of seduction. 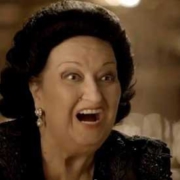 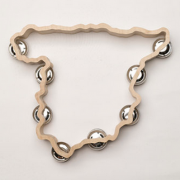 Starting from scratch after a bump… ¿Impossible task?

¿Senior? ¿You Tienes miedo to digital salto?
Scroll to top