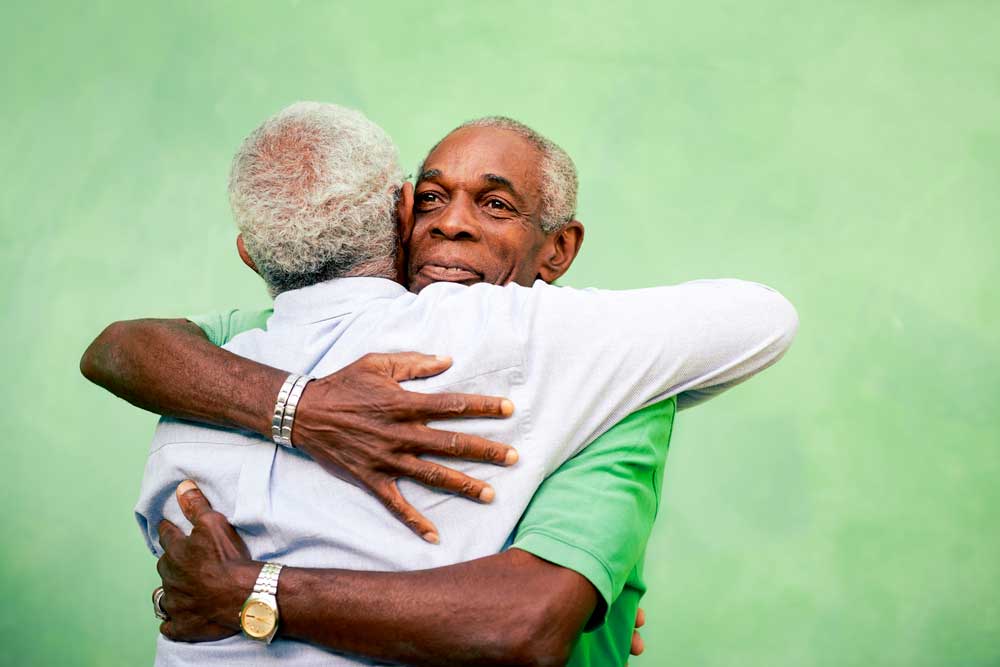 This weekend I was lucky enough to meet the Lord of The Hugs. Whenever you meet new people you get a first impression that can be wrong if you don't dig a little deeper. The truth is that I increasingly value the second impression. Maybe I'm getting older., but there are many techniques to make a good impression and very few to give a good permanent impression.

I knew William, my playboy, in the virtual world. It doesn't go unnoticed, is one of the few entrepreneurs who knows how to use the Internet correctly to generate value relationships. He knows how to manage his personal brand very well, understanding that the secret to success is what others earn by hiring their services or purchasing the products they have created.

But I must admit that William's initial impression was neither good nor bad. I thought it was one more. And picking up the phrase of Andrés Pérez Ortega, if you're one more, you'll be one less.

The power of the second impression

This weekend I was fortunate to have Guillermo as an assistant to a personal brand course. And I say fortune because I've been able to know your true brand, your permanent impression. The context has been the workshop Get in Valor we've taught Fran Segarra, Eva Collado and me in Madrid. I must admit it., it's been a wonderful experience, and the protagonists have been the attendees, people hungry for knowledge but also emotions.

My colleagues and I knew it would be a special workshop. Shortly after start, the personal presentations of the attendees impressed us. They weren't impersonal and cold résumé. They were true stories with what they learned, and especially with what we've lived. I'll talk about the other assistants in another post, but here I will focus on William and his powerful account.

Venezuelan, 45, married and with two young children, Guillermo Rodríguez Borges had the courage to tell his father-in-law that he would move with his wife to Spain, and so he did in 2005. Pharmacist by profession, has worked in different positions in both his native Venezuela and Spain. Medical visitor for major companies, like Novartis, Lily,... Head of pharmaceutical marketing, sales, pharmacist attached....

The world is collapsing... or not

In 2008 you are detected with Acute Promyelocytic Leukemia. Guillermo claims that we are all born with 2 Passports: health and non-health, we don't know when we're going to have to use them. Far from collapsing, faced the disease with foolproof therapy. He calls her chronic optimism. Within two years it was cured and with renewed energies to initiate a change.

This variety of optimism could have its mirror in resilience, that ability that living things have (Yes, plants and animals also) to rise again and again in the face of adversity. This athlete completed the NY marathon and soon after tokyo. Did he do it as a challenge of self-improvement? Yes, but also with altruistic cause to help children with heart problems from the Menudos Hearts Foundation.

But there's more. He realized that cancer patients suffered acute skin problems from treatments. And so he decided to undertake and create Galenika Cosmétics, a company with which it shares vision: improving the lives of cancer patients.

The Lord of Hugs

The anecdote of the course, starring the chronic optimist, is that in eva's exhibition the TV where we were screening the presentation breaks down and half is dark. William, at that time, tells us: "it's time to hug", and gets up and starts hugging everyone. The movement spreads into a symphony of hugs. Chance (or the magic of the moment) wants the TV to regain its image. Unforgettable momentum, brand moment that shows that chronic optimism exists.

In tribute to William, I will try with all my might not to let myself be carried away by the ephemeral banality of the first impression. We have to get to the bottom of the issue. I don't doubt it., I will always remember the gentleman of hugs because now I'm going to follow him closely as a sincere admirer.

2 thoughts on "The exciting story of the Lord of Hugs”