One of the most viral campaigns that are running these days in Germany deals with the suicide attempt a man in his new AUDI. The interesting thing is that Audi has not commissioned the ad, or so they say.

Using the theme of suicide to sell a clean engine (the alleged suicide thwarted his attempt in the absence of greenhouse gas emissions), It is not a very ethical issue, but it recognizes that the announcement hits it does not use the usual coordinates / rational to sell ecology. More like a lateral approach.

While, continues the mystery know who the author of the ad. I leave you a story which facilitates the web of marketingdirecto.

The phrase, of Magdi Allam, it has drawn my attention. It has a powerful emotional charge. You will agree or disagree, but it is undeniable that the phenomenon of immigration is changing perspectives. The Christianity, predominant in recent 2.000 years in Europe, you are losing weight in favor of secularism and religions “imported” from immigration.

The phrase appears in article Maria-Paz Lopez, La Vanguardia, Tuesday edition, page 5 under the title “Cross-Allam“. I deals with the story of an ex-Muslim baptized by Pope, you just found a Christian party in Italy. a curiosity.

The notorious part of the sentence is “Islamically correct what prevails“. The truth is that Europe is becoming a civilization “sponge“, which rapidly absorbs the phenomena that come from other areas, other cultures. Santa Claus celebrate as normal, forgetting our Kings, our mangers. We connect to Facebook, We see CNN. Some no longer remember the origin of Easter holidays, but everyone knows when Ramadan falls. Crisis of values? maybe. There are also new values ​​coming from outside. Perhaps now we are more united than before. The truth is that the picture is changing, and Christianity needs to take a media push not lose weight in the European society. Is it the .pregunta is a side approach of Christianity?

I have had the opportunity to browse through the magazine ever “Kolbe“, a magazine program produced by several Catholics who teaches creative advertising a new way, an approach lateral, to understand the Catholic religion. My good friend Manolo Portabella It is one of the authors of the journal. Address Kolbe Foundation Internet is https://www.fundkolbe.org and one of its objectives is “preach the gospel putting him on a modern context, actual”. If the way to see things “Kolbe” is spread over, possibly Christianity recover part of their lost portion.

I leave you with some examples of creativity Kolbe. 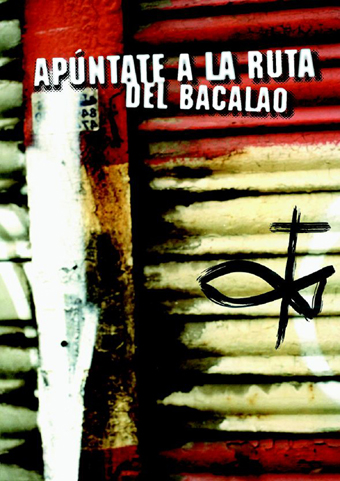