During forty five magical minutes, Small he toured the cable end to end, jump, HE sat down e, even, did reverencias He surprised the audience that filled the sidewalks Manhattan unable to remove the view of figure dressed in black, over their heads, ran the space between buildings newly released. Even the police, to stop Petit, hesitated whether to applaud or handcuff.

Philippe Petit, their 24 years old , He had become a legend.

and they climaxed six years of planning, Petit in which not only had to practice his skill as tightrope walker. He also studied everything about the building buildings and the way in which he and his collaborators could to get the necessary equipment to the roof of the north tower without waking suspicions.

His feat had such repercussion that were removed the charges and, instead of going to jail, It was invited to play your ride Central Park. In addition, He was given a lifetime pass that allowed the visit to the towers and Company it was recorded in one of the steel beams of the north tower.

Since then, Philippe Petit ha travel the world walking on the wire in all types of locations, as the Cathedral of Our Lady one to Torre Eiffel, on Paris, or the Sydney Bridge. They have written several books around her walk between the towers and, on 2008, It was filmed a documentary that included the original images.

The history Petit's feat, which began by reading a magazine in a dentist's office, we sample Like the goals are attainable wherever they used determination and passion, Guided by an appropriate strategy without skimping on knowledge.

And, first of all, must be a view, and here is where the success Petit and other great artists and geniuses. This concept is well reflected in a sentence, attributed to many authors who did not cite any, what does it say:

In front of that magazine where others had seen the announcement of a fantastic construction, Petit had a vision: He saw an opportunity to display their art, to shine and to do something that the rest of humanity considered impossible.

Still today, their 63 years old , Philippe Petit sigue chasing one of his dreams most craved: cross the Grand Canyon. 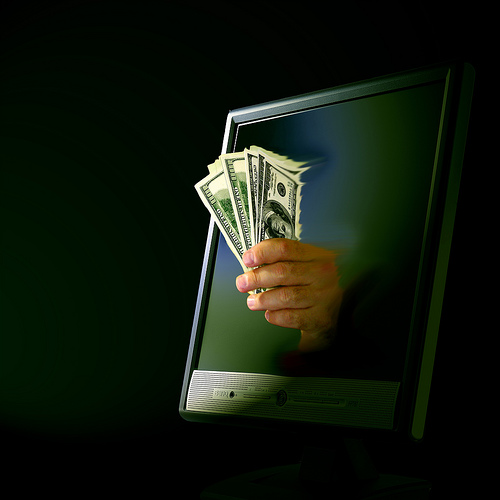 We can say higher, but not clearer: Personal brand have to work thoroughly, must currársela. We all know that Rome was not built in a day.

We are sick to death of seeing appear like mushrooms websites and blogs unscrupulous companies that promise the moon if you decide to create your personal brand. quackery.

Personal brand, let's be clear, It is an investment medium term. And that everyone interprets it in their own way. My good friend and client Juan Torres Tomas He has needed gestation 9 months of your brand before seeing the first reward in the form of recruitment. And so I could tell from my other clients. None has “lined” the next week to create a profile on Linkedin, Twitter, a blog or whatever.

Behind the personal brand is a strategic process, with a partial deadlines and goals. And it's not about creating profiles on social networks. Every mark requires POSITIONING, and that is very serious. All brand requires a objectives. The blog, twitter or else is just the tip of the iceberg of the personal brand. Any kid can create profiles on social networks. But creating a brand is very serious.

Ignore anyone who promises you quick income with personal branding. I will be selling smoke, just smoke.