“Personal branding is a waste of time”. It is a phrase from a certain Gonzalo (I have no data) "Fired" about excellent post of Victor Candel published on the blog Soymimarca he talked about the importance of Recruiter personal brand.

Gonzalo does not seem a priori someone unlettered, or so he would have us believe with his many literary and historical references (Napoleon, Plautus, Hobbes, San Agustin…), which makes me think it was worth publishing this post to reflect the view that some people allegedly illustrated They have on personal branding.

This is the full text of Gonzalo in response to the post of Victor Candel (missing many accents, I imagine that would be the rush):

Personally suspect of those who with long boringfyen In Internet… Confidence of people do not win with vain words but with contrasting facts.

Napoleon he said: Alejte flatterers because behind each lisonja there is always a interes!!!

Understanding the word “interest” as the opportunity to work, deal, pecuniary gain, crematisticas, etc… which actually lies a hidden benefit by the sycophant

Generate yourself a personal brand is a foma of wanting trick with license de course, want to offer our best image (although this does not conform to reality…) We are in a society, that from start to finish is a liar, fallacious, selfish, nothing solidarity … Which takes into account this fact can not believe in anything since the “ALL” It is a coated lie with all the false reason of the world

Plautus in his work “millstone” he said:
Wolf is one man, no homo, out what he does not know the (Wolf is the man for man, and not man, when you know who the other)

Or popularizing it by Thomas Hobbes:
Man is a wolf to man

The reputation It is won with facts, day to day, Hourly, the minute and second by second. can not be created at will is something that each person follows or not… and it is mutable over time better or worse, then it is false, It can not serve as an indication of reliability something mutable over time…

Where your personal brand that do want to create, For me it is a lost of time… Sometimes we think we got our goals through certain actions and actually we do not realize that the source of our success this within ourselves and only ourselves get what we want and not artifices of birlibirloque. 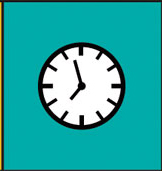 Perhaps worst of all is that Gonzalo is not identified, but both your email and the web that adds betray their origin (out of respect for the company that has hired not desvelaré). A man who shoots the stone and hide the hand seems not intended to give morality lessons about personal branding.

Someone looks suspicious able to accentuate "jácara" but then forget to emphasize words like "reputation", "day", "after", "modification", "paragraph", "Success" and some more.

It raises suspicion when attributed solely to personal branding say and not to do and only on Internet. That's because ignorance, it seems that our protagonist has read between little and nothing about personal branding. A good tip is to not opine on what unknown, and incidentally to set aside the classics and urgently resume English grammar and spelling lessons. It Plautus, Hobbes and Descartes raise their head…

And of course, I recommend literature to form good personal brand: I would start with Expertología (Alienta) Pérez Ortega Andres.