Two months ago I was in Lleida to witness the TEDxLleida 2018. There was Pau Samo, who told me he had ceded the witness of the organization to Montse Diaz after three years of success as an organizer and licensee in Lleida and two others in Amposta. The ideas contained in this year's presentations I loved, and I stand out especially:

A new TED is born: TEDxEixample

Pau told me he wanted to talk to me in a few days in Barcelona., I had a proposal to make me. Said and done, within a few days he informed me that he had got a license “Large” for a new TED in Barcelona that would bear the name of the most emblematic district, the Eixample, the one devised by Ildefons Cerda, Engineer, Urbanist, Jurist, Catalan economist and politician at SXIX.

And that wasn't all.. Pau was counting on me to bring forward this new challenge. Me, and with a few more, Of course. News. I couldn't believe it.. I had been on the stage of TEDx Lleida two years ago, with a talk about superpowers (values). And I saw the complex and exciting thing about organizing a TEDx. A year of work consumed on a magical afternoon.

The emotional payment of a volunteer

I've always thought a volunteer doesn't cash in money, charges in emotional benefits, to see that other people can minimally improve their lives thanks to part of your time. And TED is that, a non-profit association. And also the TEDx licenses that were created in 2009, raised as independent events (In fact, the "x" means "independently organized act).

TEDx doesn't charge the organizing team, don't charge the speakers, and you try to make the expenses of the event (Space, video and sound, Photography, Catering, trips and diets from speakers, Web, social media, Accreditations) are covered between sponsors and attendees' tickets.

I prefer to call them drivers of ideas

The word sponsor falls short when it comes to driving ideas that can change the world. That's why I prefer to consider them as enablers, as drivers of ideas. Being able to bring in speakers who present ideas that deserve to be shared requires a small investment, and it's not what they charge (I remember that TEDx does not compensate its speakers), it's because of the cost of hosting the event.

If you're reading this and you know brainstorms, Please, tell them to go through the CONTACT section of the TEDxEixample website.

Culture as a framework for the first edition

We didn't have to discuss what thematic axis of the first edition would be: Culture. Barcelona's Eixample is a cultural engine, there's La Pedrera, The Fundació Tepies, Palau Robert, batlló house, the House of Les Punxes, Elizalde House, The Sagrada Familia, Sant Pau Hospital… Poetry, Urbanism, Architecture, Culture, Painting, Literature, Music, Photography, Dance, cinema will be the protagonists of the #TEDxEixample19.

The pride of being part of a team

Maybe this is the best part., finding a collaborative environment of armed people up to the teeth of motivation. We won't be makers of ideas, but believers do, and we'll give it our all so that in the first edition, Planned (even without a closed date) for spring 2019, be a success. The measure of success is not sponsorship money, nor the number of attendees, is the quality and ability to mobilize the ideas that will be exposed.

A pleasure to share many days of illusion (pressure, why deny it) with Pau Samo, Robert Ferrer, Ruben G. Castro, Carme Gibert And Helena Casas, those who will join the most, No doubt.

In this official TEDXEixample website you can find more information. And to finish, I leave you with one of my favorite TED talks, that will make you lift from the chair, that of Julian Treasure “How to talk to be heard”. A wonder. Happy week! 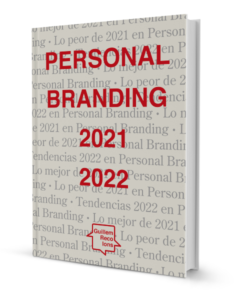